Expansion of the Sacrow-Paretz Canal 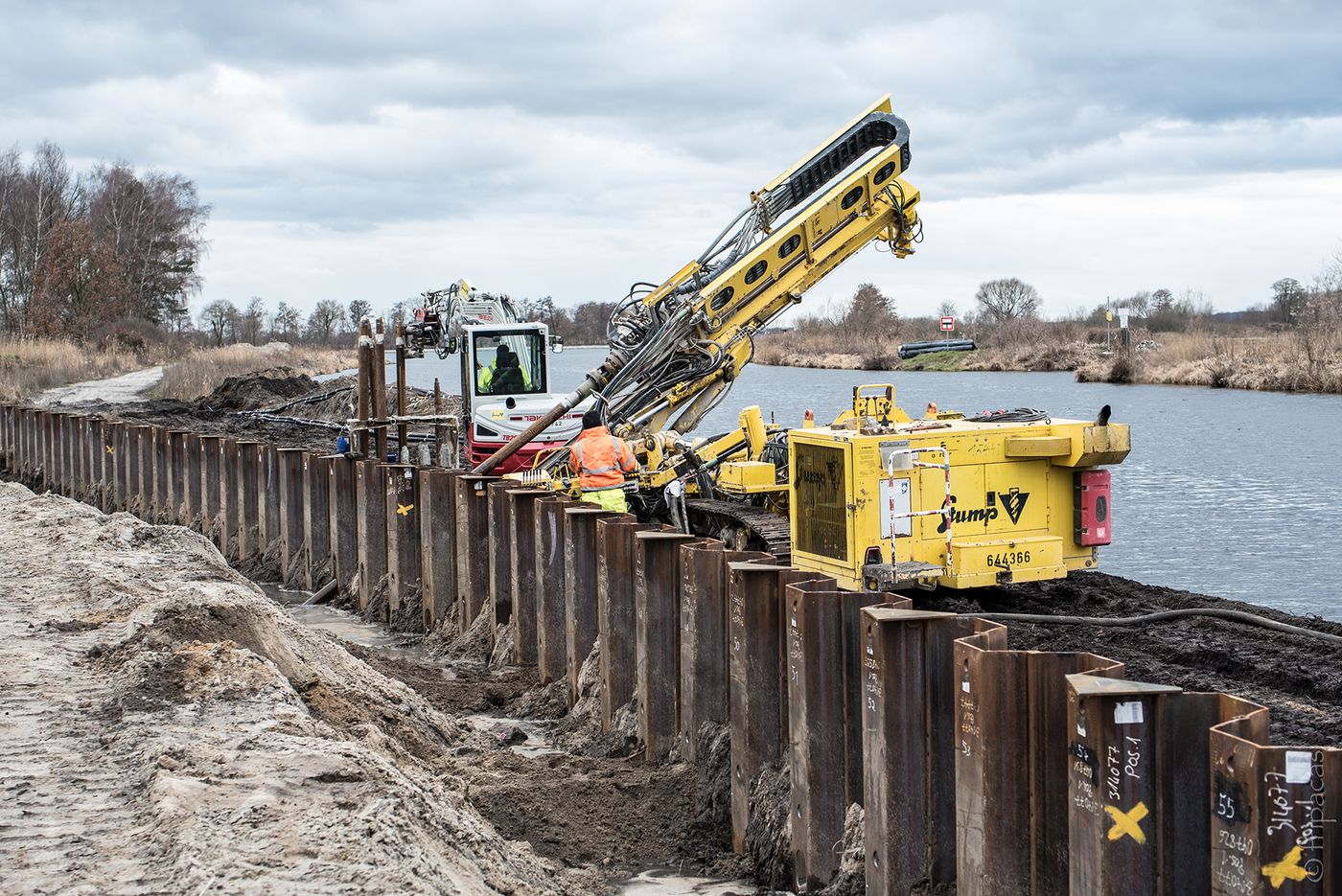 Development of the Sacrow-Paretz Canal

The waterway connection Hanover-Magdeburg-Berlin is being developed according to European Waterway Class Vb as part of the German Unity Traffic Project (VDE) no. 17. The waterway sections Sacrow-Paretz Canal (SPK) and the mouth of the Havel Canal (HvK) do not comply with the valid provisions. Development of the waterway section at the SPK and the mouth of the HvK will create the necessary preconditions for use of the waterways by ships rated 2,300 t – large inland freight vessels (GMS) and 3,600 t – pushing units (SV). Part of this measure is the creation of a holding point on the east bank at the mouth of the HvK (HvK km 33.96 to 34.18). This holding area will be made using a rear-anchored pile wall structure. We were commissioned to carry out the injection work.

The pile wall was anchored using 104 permanent strand anchors up to 30.5 m long in accordance with approval Z-34.11-224 Stump compact anchors for rock and soil as 4-strand anchors.

Suitability had to be proved at three structural anchors which were produced before the actual series production. Production and suitability testing were monitored by the Federal Institute for Waterways. The Technical University of Brandenburg in Cottbus served as an expert for the suitability testing. The monitoring efforts were necessary due to the foundation soil, which was critical in some areas.

A drilling procedure using external flushing could not be used due to the water-sensitive boulder clay. The twin-headed overlay technique with internal flushing, which goes easy on the foundation soil, was used. The internal rodding had to be operated with a back offset of at least 30 cm compared to the outer drill pipe. This guaranteed that the entire flushing water was pumped together with the drilled material within the external drill pipe without the foundation soil coming into contact with the flushing water.

The load-bearing capacity required could be proved at all anchors, and the work was concluded to the complete satisfaction of the client.

Development of the Sacrow-Paretz Canal Batch 2 The anchors are manufactured. © STUMP
Print project
Back to overview