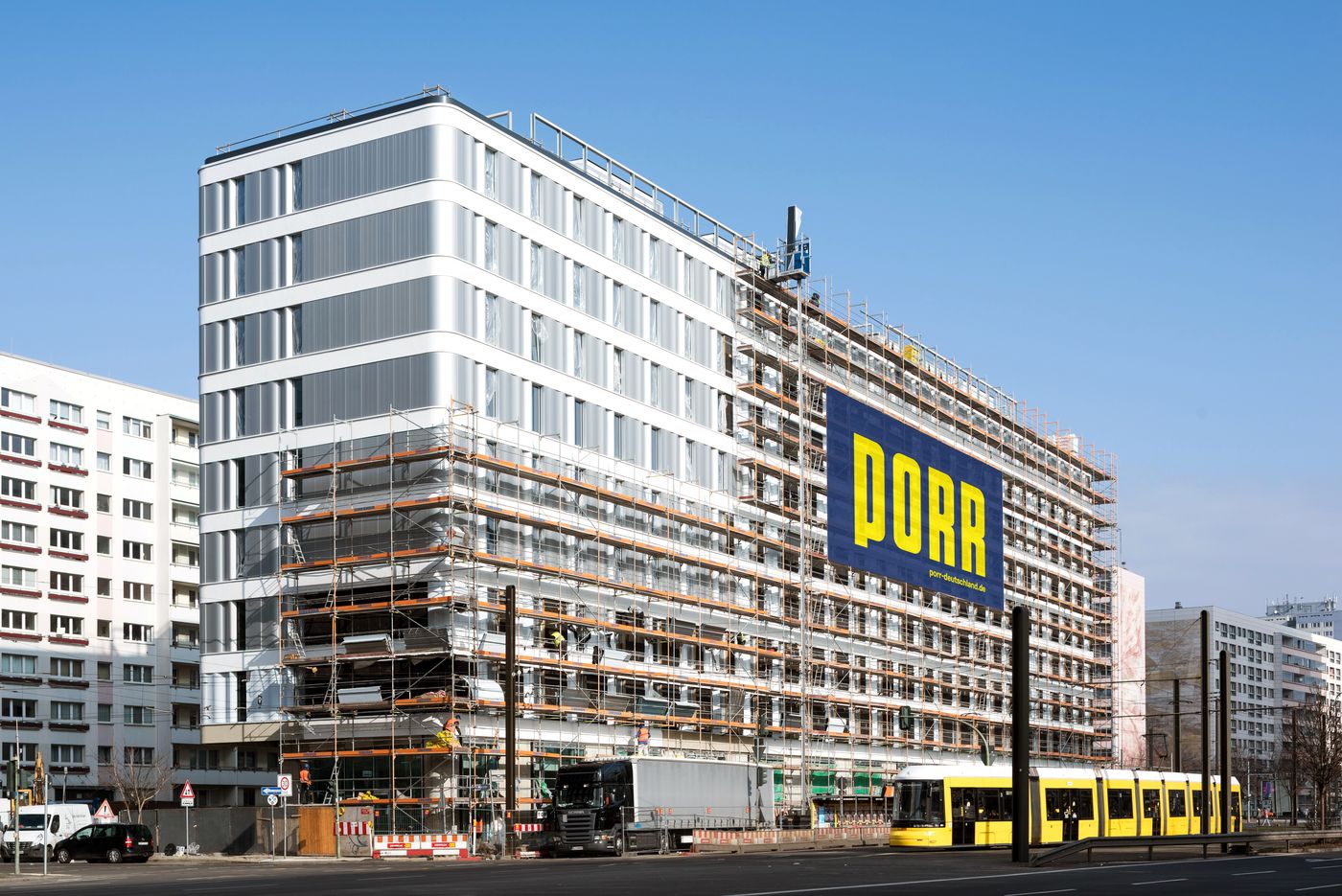 New hotel in the heart of the capital city.

The world’s largest Hampton by Hilton hotel is located in Berlin’s Mitte district, not far from Alexanderplatz. PORR, in its role as general contractor, had been commissioned with the hotel’s turnkey-ready construction including the construction pit. On its nine storeys, the new Hampton by Hilton accommodates 344 hotel rooms and 40 flats as well as an underground car park. Most of the hotel rooms are equipped with precast bathroom cells.

The façade consists of white parapet and window strips with perforated and corrugated metal coverings, while the ground floor is mostly executed as a continuous glass front. The construction project is subject to the German Model High-Rise Directive and, not least thanks to high demands on fire protection and Hilton’s fire-life-safety standards, presents great challenges.

Berlin is home to the world's largest Hampton by Hilton brand hotel. 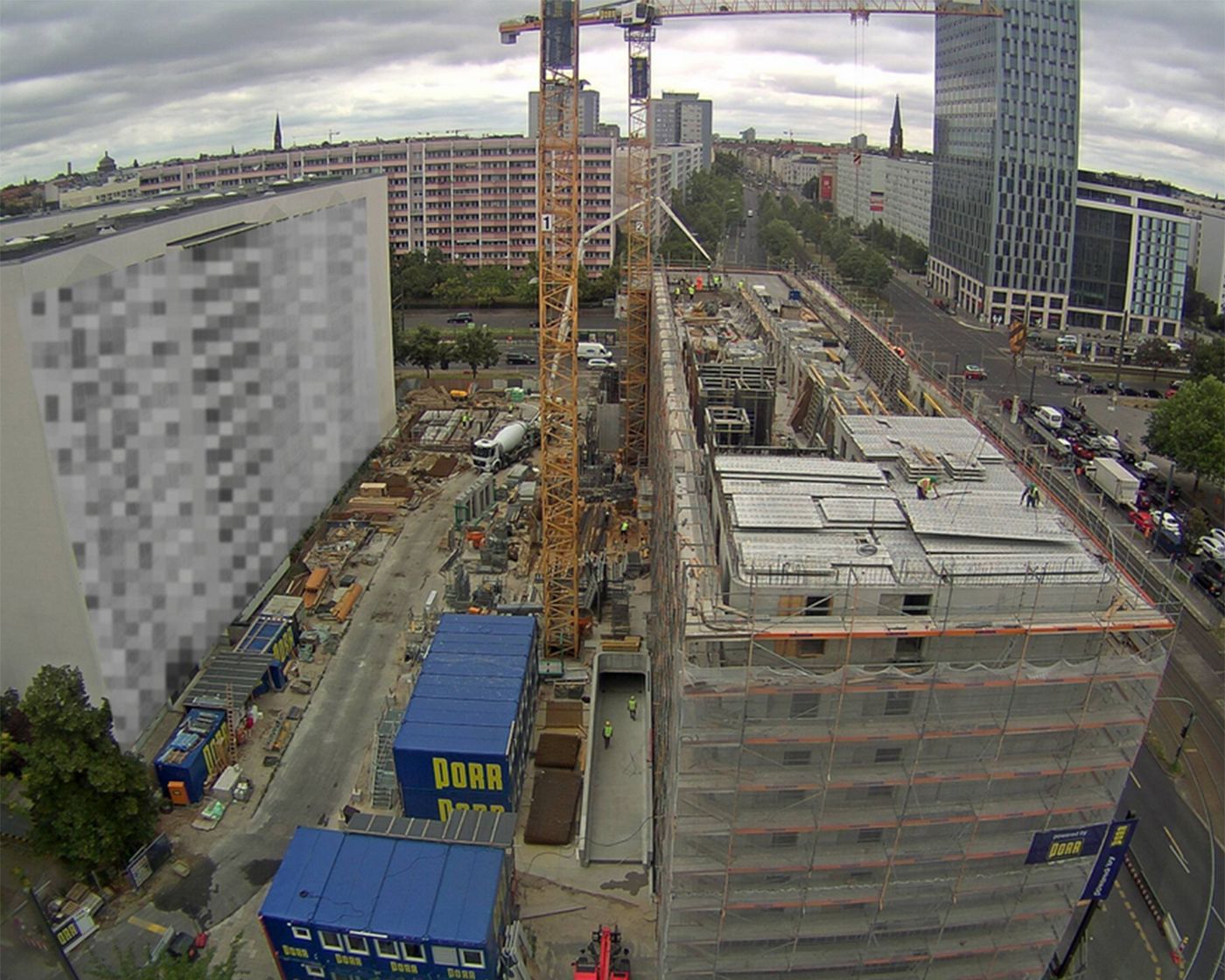