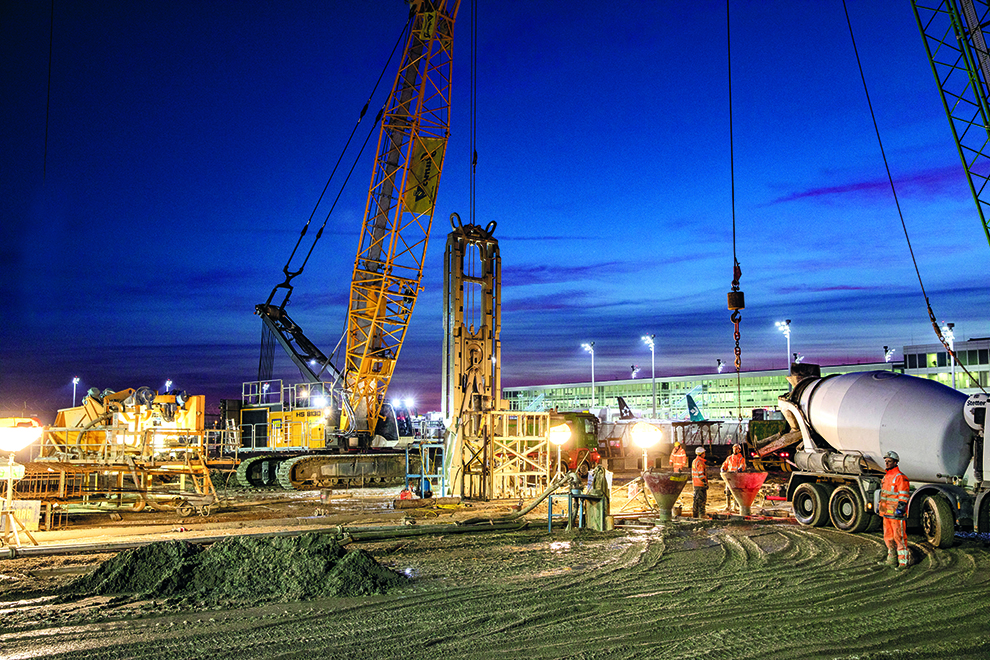 Munich airport is currently only accessible from the west via two suburban railway lines (S1 and S8). These lines run via Ismaning and Neufahrn and terminate at the rail head under the central section of the airport.

An expanded rail connection to the east will significantly improve access to the airport. As part of the Erdinger Ringschluss circular rail link, the FMG is extending the existing suburban railway tunnel by approx. 1,800m to the east in the area of the existing and planned air traffic areas of the airport. PORR and Stump-Franki were contracted to complete these works in consortium.

Passing under the apron

The challenging demands of RAMP 3 were able to be successfully overcome. Work began in the apron area (RAMP 3) on 1/1/2019 with a connection to the existing connection. The six-month construction period encompassed almost 10,000m² of diaphragm wall, jet-grouted waterproof columns for the existing connection, 30,000m³ of underwater excavation and almost 200m of tunnelling, after which the first section was handed over to the FMG on 28/6/2019. Works are expected to continue into 2021.

© Liebherr
Print project
Back to overview