Conversion and reconstruction works of the Aachen Motorway Junction hub 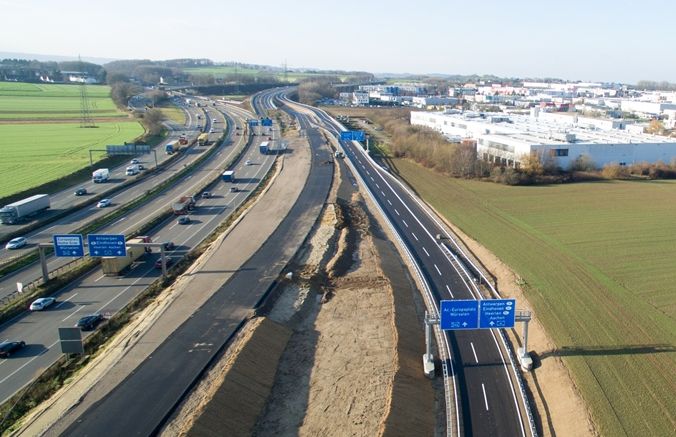 The Aachen Motorway Junction is one of the most significant road-traffic hubs for goods traffic throughout the European Continent, and has now been converted into one of the most effective nodal points for European East-West road traffic connections.

The traffic frequency of currently up to 140,000 road vehicles daily, will according to traffic experts increase in the coming years to around 200,000 road vehicles per day. The five-way motorway junction hub is a rarity in Germany and causes unusual overlay interference conditions, problematic entanglements and unwanted intersectioning of the traffic flows.

In 2009, the initial construction stage was also the commencement of the contract works awarded to the Oevermann Corporation.

Conversion and reconstruction works of the Aachen motorway junction hub.

The Aachen Motorway Junction hub has been converted into an effective nodal point during several construction stages.