During the general renovation of the WDR Filmhaus in the area of Appellhofplatz, Röhrergasse and Tunisstrasse, it was necessary to manufacture deep foundations and anchors to support the renovation of the existing building. During the first phase, from the end of November to the middle of December 2019, precisely 73 GEWI piles were manufactured in the third basement floor of the building. Further phases followed in 2020.

Adaptation of the drilling unit

This project featured critical boundary conditions, including a limited height of 3m in which to work and, in places, great difficulty in accessing drilling points as essential supports for higher false ceilings could not be removed. The distance from drilling axis to the existing walls of the buildings was very slight, in some cases as little as 25cm.
The drilling unit, or drill truck, was specially adapted for the tight conditions before works began. Nevertheless, openings had to be made in some of the partition walls to provide access to the drilling points. These had to be large enough to work in but small enough to not endanger the load-bearing capacity of the walls, which considerably limited the mobility of the drilling unit at these drilling points.

In addition, the drilling unit had to be lifted by crane into the building through a very small opening. A very limited site facility area and numerous lots being worked at the same time presented an additional challenge.

Good coordination between the employer, Kögel Bau GmbH, and the other lots on which works were ongoing was of particular importance in avoiding possible impediments and downtime. 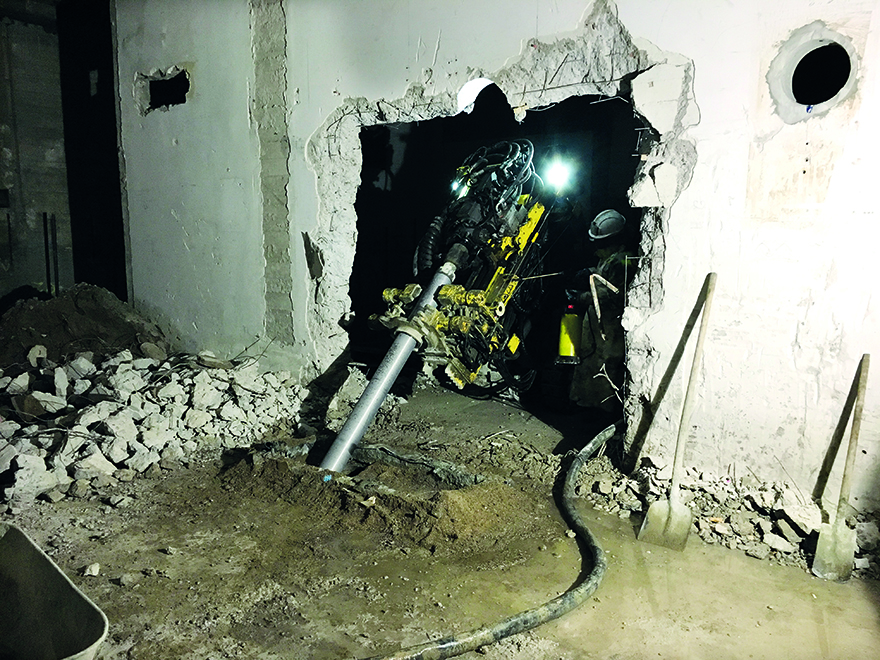 In places, openings had to be made in the partition walls.