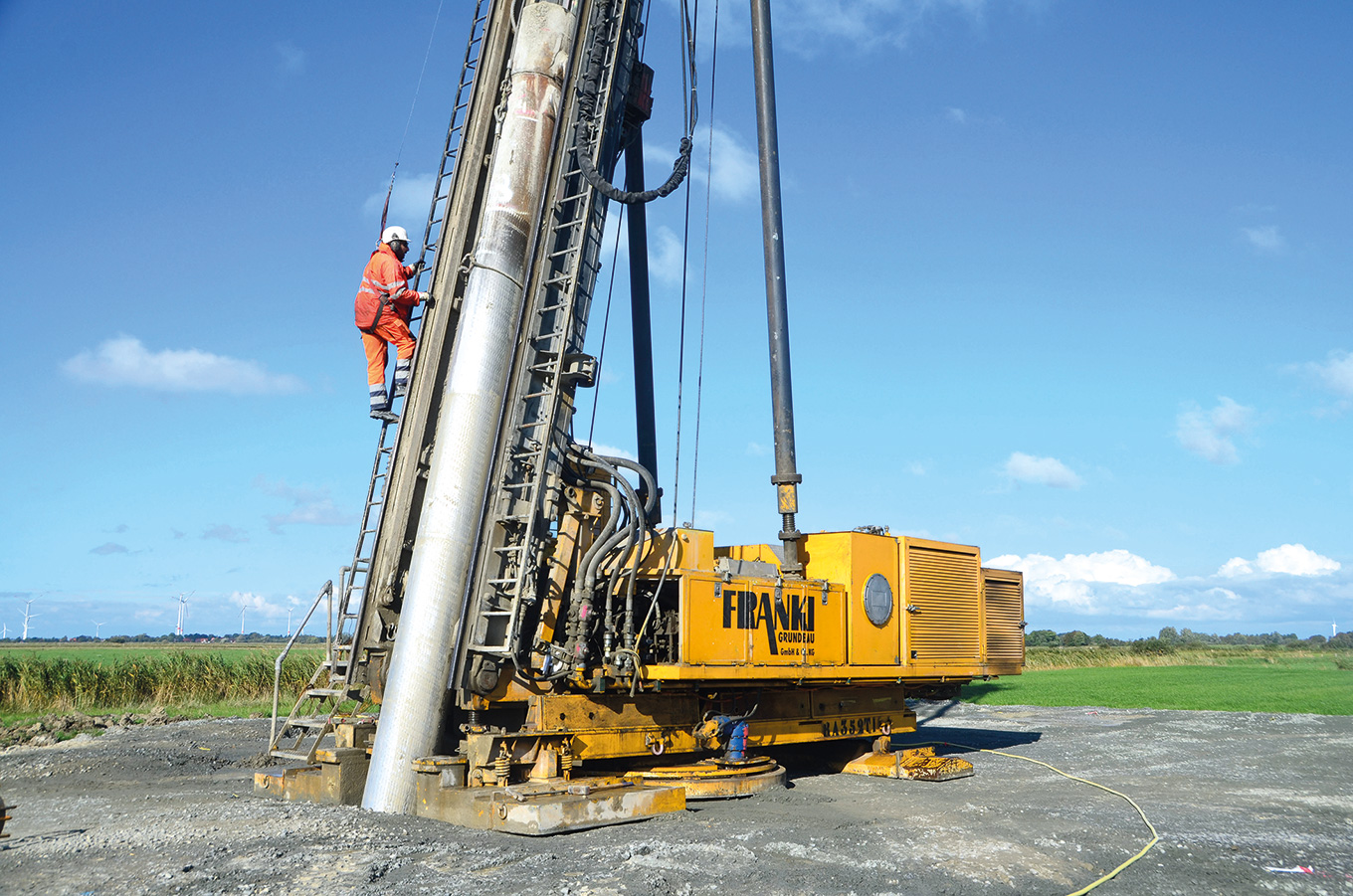 In the East Frisian town of Ochtersum, ENERCON Aurich is building ten E-115 wind power stations with hub heights between 90 and 133 m. The plan was to have a foundation based on ready-made piles. FRANKI won the contract over its competitors with a special proposal for deep foundations based on FRANKIPILES NG®. The advantages of the FRANKIPILES NG® lie in the greater pile load, the associated smaller number of piles, and the lower pile setting depth resulting from the closed base sheeting. This saves on large quantities of concrete and steel, and also enables significant cost savings.  336 FRANKIPILES NG® measuring approx. 7.2 to 14 m in length, with a diameter of 56 cm, were produced. Pile drivers 346 and 352 were used.

The foundation soil was made up of sand and cohesive soil. The pile-driving was hindered by areas of very densely layered sand. Two tensile test loads were performed to prove the load-bearing capacity of the very short piles measuring 7.2 metres in length. isg compiled the approval and execution plans and performed the test loads.

The pile-driving was hindered by areas of very densely layered sand.

© FRANKI
Print project
Back to overview