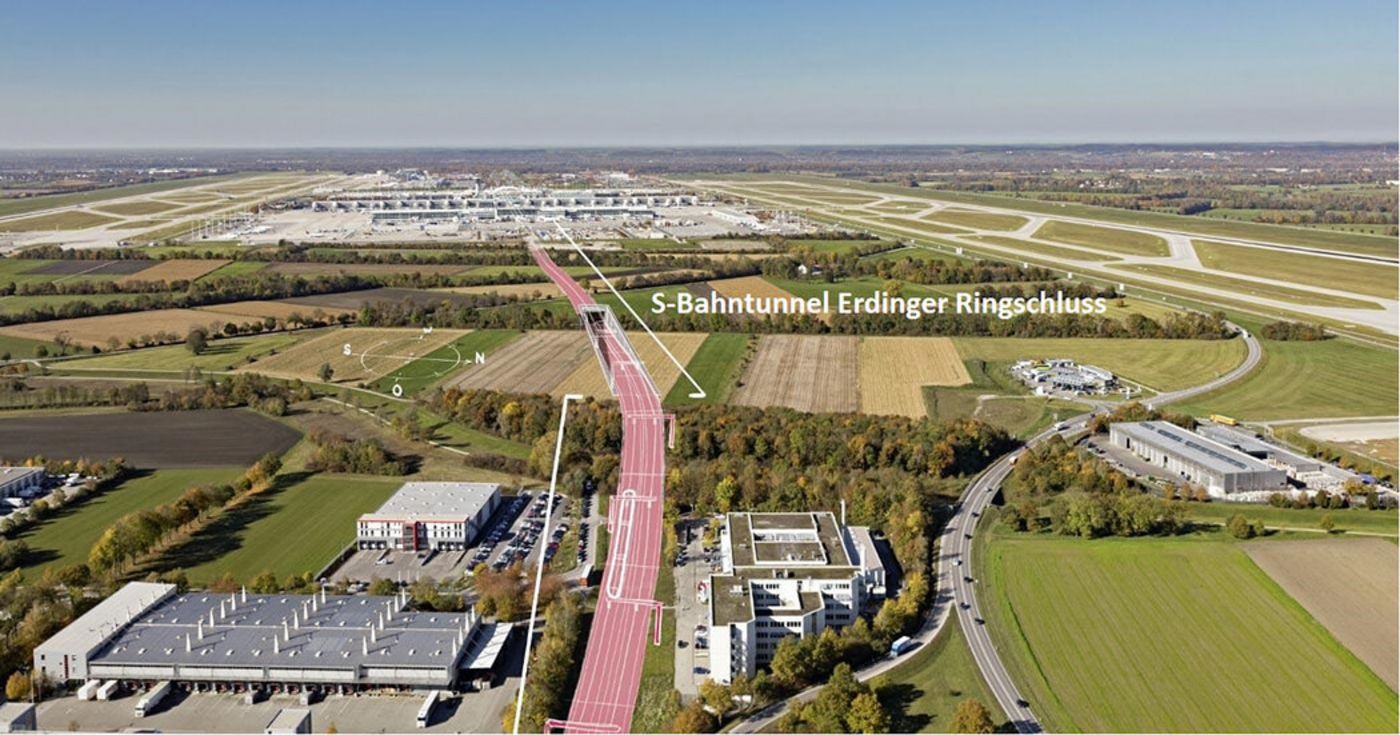 Important link for public transport in the north of Munich

The railway tunnel already under the airport facilities is to be extended eastwards to the future airport border by an approximately 1,555 m long tunnel and a 306 m long ramp structure. The rectangular, single-celled tunnel with its clear width of 11 m offers space for 2 railway tracks. Subsequently, the above-ground line including the Schwaigerloh parking and turning facility will be built for the suburban trains and trains from north-eastern Bavaria. This reversing system highly stabilises the operating quality of suburban and regional traffic at the airport.

The tunnel structure will be constructed in an open construction method. The special feature of this project is the extremely tight timeline in the area of the eastern taxiway area of the satellite terminal. Around 250 m of tunnel construction will be erected here. As soon as the dismantling of the runway begins, only 9 months construction time is available to build the tunnel and to completely recommission the runway.

Efficient supplement to rail traffic in the Munich area. After completion, the planned suburban railway tunnel will be supplemented by an above-ground line including parking and turning facilities. © Flughafen München GmbH
Print project
Back to overview