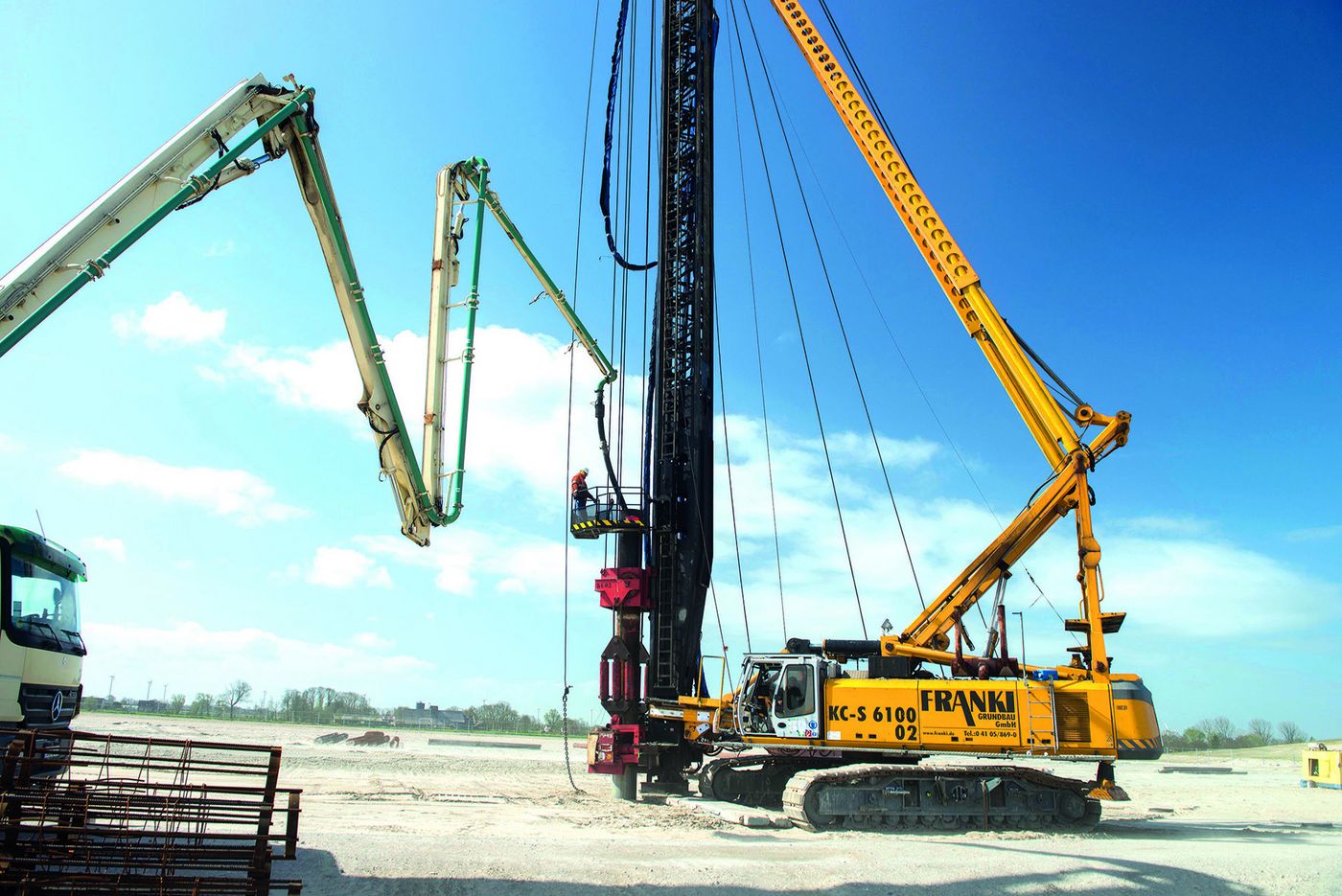 Construction of a Factory for Offshore Wind Turbines

The electronics conglomerate Siemens is investing 200 million euros in the construction of a new facility in Cuxhaven. In terms of production at Siemens the facility is one of the largest new constructions in the country in recent years.

The manufacturing of nacelles for the new D7 generation of wind turbines should begin in the middle of 2017. That includes the final assembly of generators, hubs, and nacelle parts which comprise the nacelles for the offshore wind turbines. Expensive overland transportation can be avoided due to the affordable new location, since heavy components can be loaded directly onto transport ships.

In order to remove the high concentrated loads under the supports of the planned factory hall, Siemens has tendered a deep foundation. On account of the high quantity of piles that the project requires, FRANKI applied in a bidding consortium with the company Kurt Fredrich Spezialtiefbau – and received the contract. Exactly 1,839 Simplex piles were driven by the consortium. Peak performance was 550 metres per day.

With the KBM 02 machine alone FRANKI produced 1,056 Simplex piles of up to 25 metres long and with diameters of 46, 51, and 61 centimetres. The consortium partner produced the remaining piles with two machines. Inclined piles, which required significantly more time, were the primary concern here. In total the consortium installed 520 tonnes of reinforcing steel and 12,000 cubic metres of pile concrete.

Crucial for the acceptance of the bid were three preliminary proof loads with up to 9,500 kN pressure as well as the help of the isg in the processing of the bid: of the initially planned quantity of piles, the bidding consortium was ultimately able to remove 140 piles without replacement and reduce the diameters of numerous other piles from 51 to 46 centimetres.

The deep foundation was necessary on account of the soft ground of the spoil area: in the tide-influenced area there is a soft clay layer of varying thickness. Underneath is medium-density tidal sand which in turn rests on solid ground. The surface of the construction site is formed of sedimentary sand. Pile driving began after the end of the soil conditioning in the beginning of March 2016. The consortium completed the work on time. The total construction period took twelve weeks.

The deep foundation is necessary on account of the soft ground of the spoil area.

© FRANKI
Print project
Back to overview