Restoration and conversion of the Vogelsang Forum 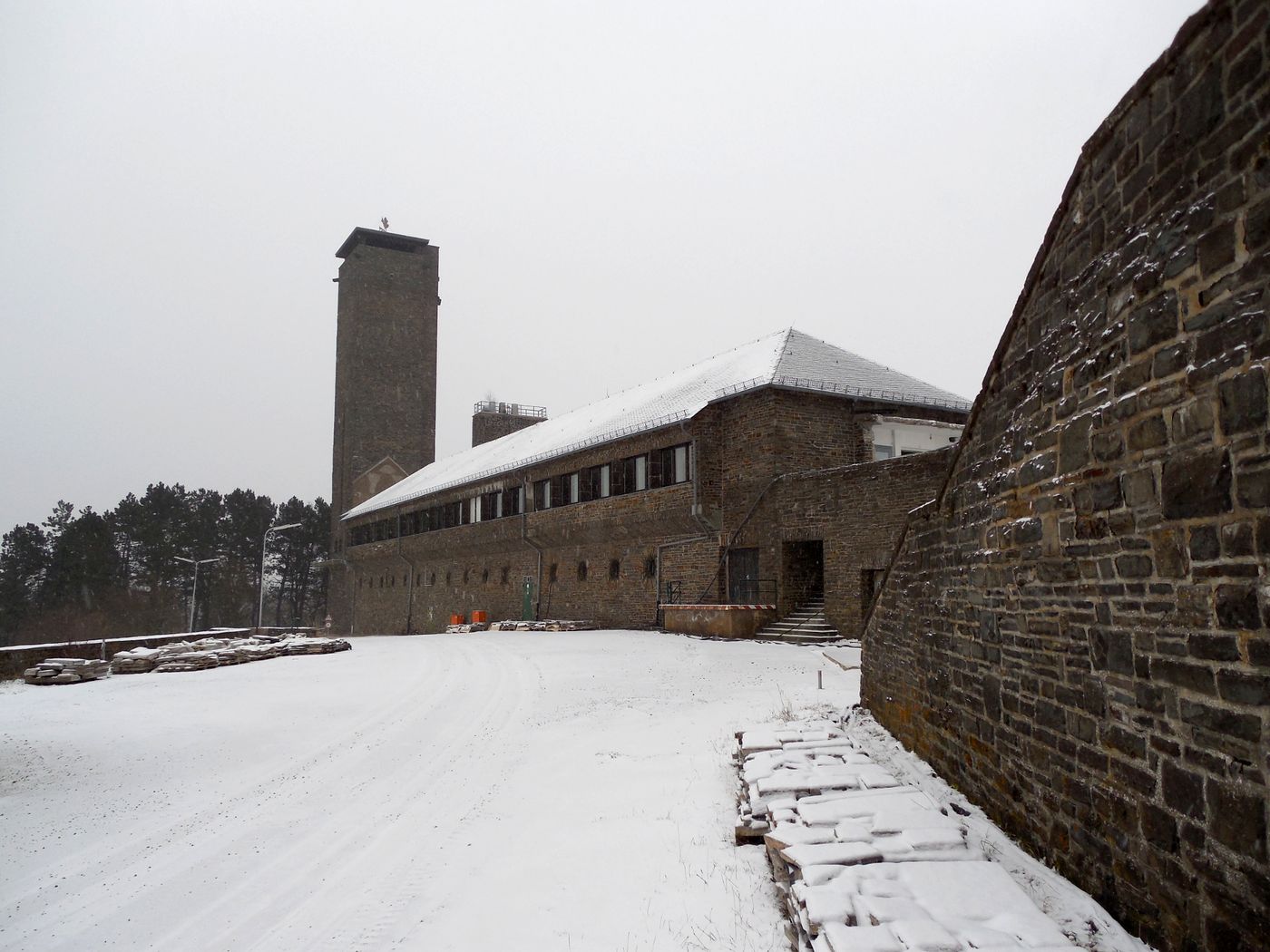 Renovation of masonry and sprayed concrete on concrete components

Renovation work started on one of the largest group of buildings preserved from the National Socialism in Germany in 2012. The former Nazi "Ordensburg" Vogelsang covers an area of approx. 100 hectares and will be home to the Forum Vogelsang, a suitable place of remembrance in the Eifel National Park with three central exhibitions.

The central construction stage for the overall measure was renovation and conversion of the Forum Vogelsang. From 11 January 2013 onward we carried out masonry renovation and structural renovation (sprayed concrete with and without reinforcement) of all the dilapidated reinforced concrete parts (ceilings, transoms, pillars, walls).

The main plan was local repairs of individual damaged concrete spots with manually applied repair concrete/mortar (SPCC). However, the entire scope of the necessary renovation only became visible after the plaster had been removed and the first concrete parts had been sandblasted. Renovation and conversion work only went according to schedule in a very few sections, in many places the "Ordensburg" turned out to be surprisingly in need of rehabilitation and even ruinous in some places. For this reason, it was necessary to re-plan the renovation concept as soon as work started. The rooms earmarked for the planned "Nazi documentation" were particularly striking. The ceiling had to be completely renewed from below using sprayed concrete, since it was found to be extremely shabby following the preparatory sandblasting due to poor material quality and structural know-how. Renovation had to be done from below because the natural stone floor in the historic lobby above was subject to a preservation order as one of the few original floors.

Further surprising discoveries included large "gravel nests" in concrete pillars and ceilings, which endangered their stability, and cracks in concrete transoms due to war damage. These cracks had to be injected with epoxy resin before repair work to the concrete could be carried out. This very intensive and extensive renovation work led to the construction period lasting from January 2013 to December 2014 and costing 1.003 million euros. The permanent adaptation of our renovation concept to the on-site situation took place quickly and professionally with the client, the planning office responsible and the construction work supervisor. The work was concluded to the complete satisfaction of the client.

Ordensburg Forum Vogelsang Schleiden The building from the inside. The ceiling had to be supported in some places for the masonry to be renovated. © STUMP
Print project
Back to overview