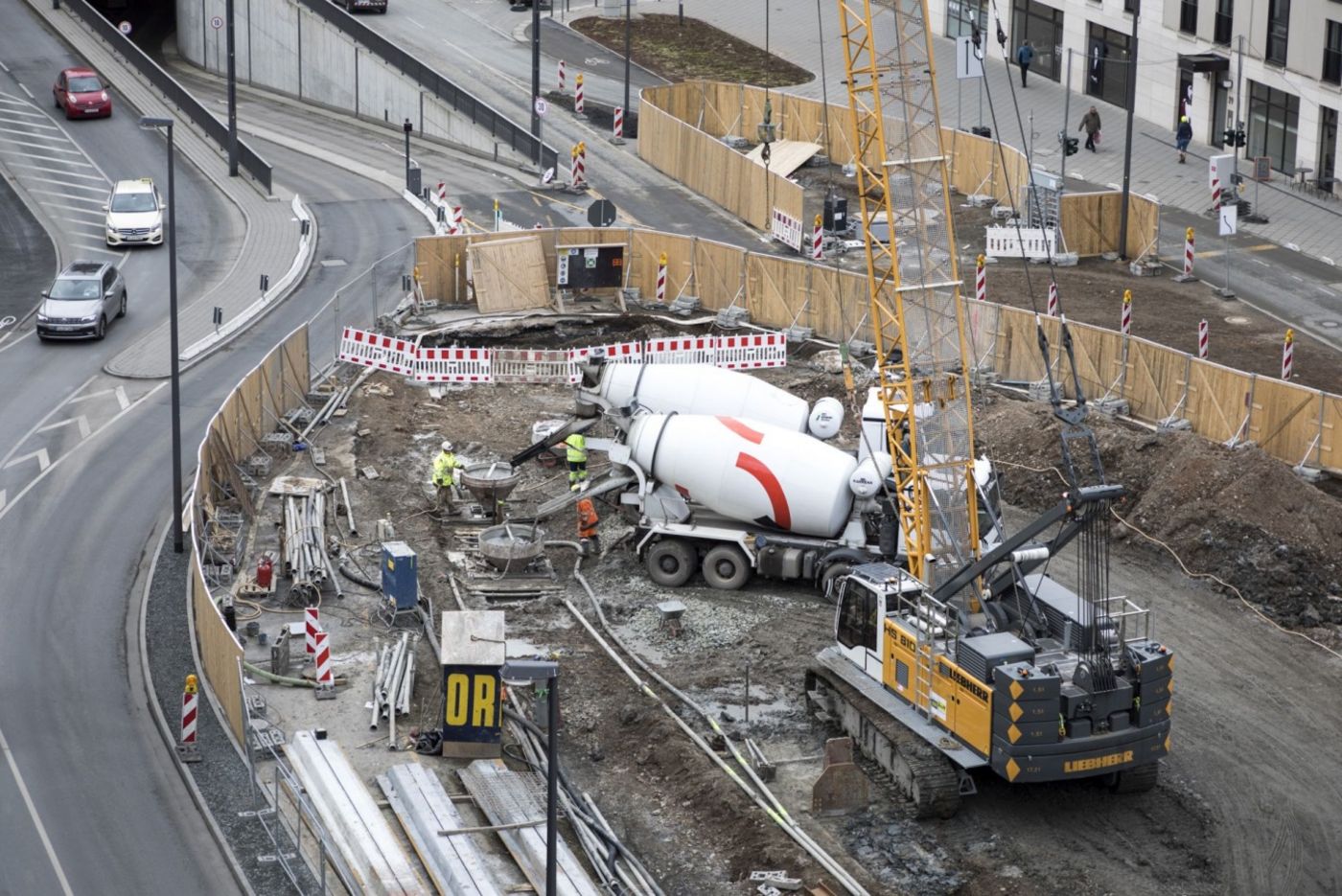 The development area European Quarter on the former main freight terminal of the city Frankfurt am Main is to be connected to the existing underground train network. This connection of the metro line will be at the existing structure under the “Platz der Republik”. The planned underground track near Europa Allee will be routed out of the tunnels using the mechanically bored (shield tunnelling) and cut-and-cover methods to the surface via a ramp structure.

Metro section B European Quarter Frankfurt Photo: Tunnel-boring machine with the cutting blade in turquoise. The tunnel-boring machine is still on the factory grounds and will be taken to the construction site soon. © Klaus Helbig
Find out interesting details about this project and other construction activities. WORLD OF PORRTo the online magazine
Print project
Back to overview