Marbach viaduct on the A45 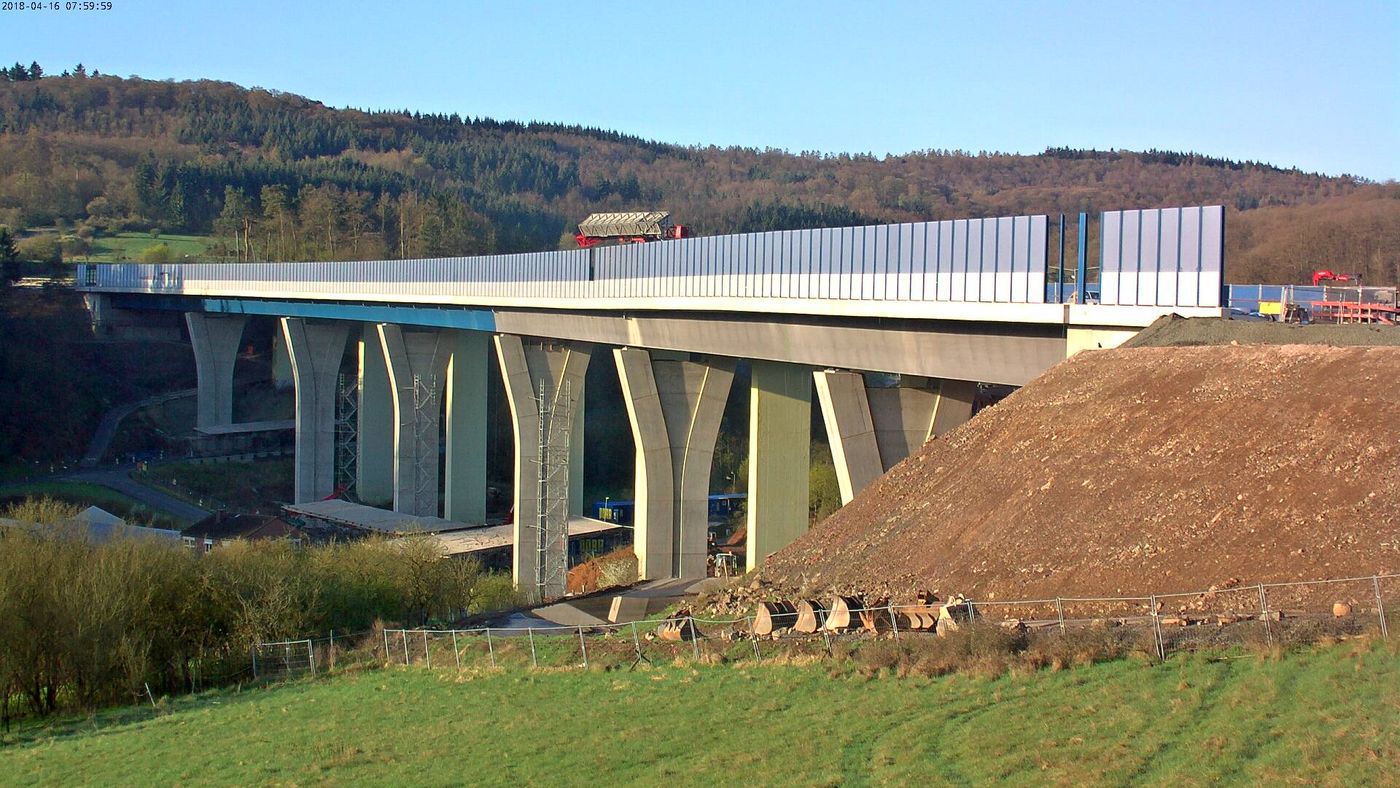 Demolition and building of a new motorway bridge

The A45 motorway is an important north-south connection and links the metropolitan regions of Dortmund and Frankfurt. Due to the heavy increase in traffic over the past few years, the entire four-lane section is being extended to six lanes. PORR started demolition and building of the new bridge in 2014. Traffic in both directions was directed to use the section which used to be the Frankfurt-bound carriageway so that the existing bridge on the Dortmund-bound side could be demolished and replaced by the first new section. After this had been completed, the traffic was rerouted to the new bridge, then the other section was demolished and building work was started on the second new section. Once this has been completed and the realignment of the road for the construction period on the north side of the bridge has been dismantled, traffic will be routed to the planned lanes. The contract also includes the construction of a rainwater retention basin, the corresponding drainage channel work, noise protection embankments, construction roads and road construction work on the motorway A45.

The new viaduct is to be constructed as a 7-span structure in two parallel sections. On five of the eight axes of the substructures, load transfer of the structure is through large bored piles up to 16 m long as deep foundations. On three axes, surface foundations will be constructed directly on the rock using reinforced concrete foundations. Each superstructure will rest on six pillars and two abutments. The individual spans of the steel composite cross-section are between 45.7 m and 69 m. The superstructure cross-section is made up of two single-cell hollow steel boxes per direction of travel and untensioned carriageway slab.

Marbach viaduct The final bridge sealing and protective measures such as the noise protection embankment in section 1 are being completed. © PORR

Marbach viaduct The new bridge pillars, axis 50 and 60, are between 15.5 m and 35 m high and were concreted in individual sections of 5 m each. © PORR
Find out interesting details about this project and other construction activities. WORLD OF PORRTo the online magazine
Print project
Back to overview