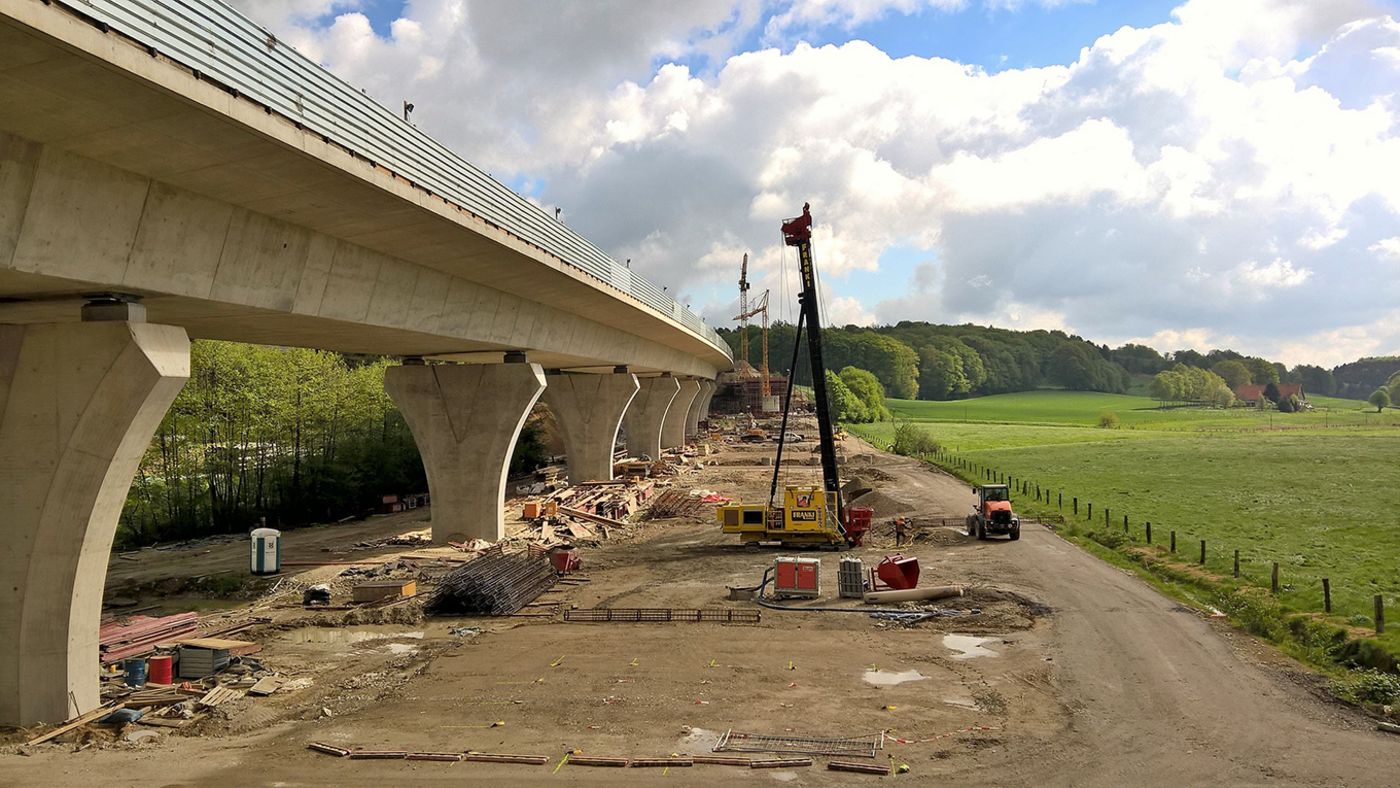 Foundation of bridge piers and abutments for a new motorway bridge

FRANKI carried out the foundation work for the bridge piers and abutments for the west bridge on the A1 motorway near Lengerich in North-Rhine Westphalia during replacement building of the Exterheide viaduct. About 600 FRANKIPILES NG® with a diameter of 61 cm and pile-driving depths of up to 20 metres were manufactured in two construction stages in tight space conditions. The old viaduct built in 1966 had been built on FRANKIPILE foundations.

The foundation soil presented a special challenge. The types of soil, their quality and thickness vary greatly. The fills included clays and silts with partly rather rigid but sometimes only mushy consistency. Underneath these are load-bearing sands or semi-solid to solid marl clay which the FRANKIPILES NG® were set into. The groundwater is also under pressure due to the valley cut in the water-bearing sand layer.

Near one abutment, CMC pillars were used in addition, made by BVT DYNIV®. A dynamic test load is carried out on every second structural axis to check the load-bearing capacity of the structural piles. After completion of the west bridge, traffic diversion and demolition of the east bridge, the second construction stage began.