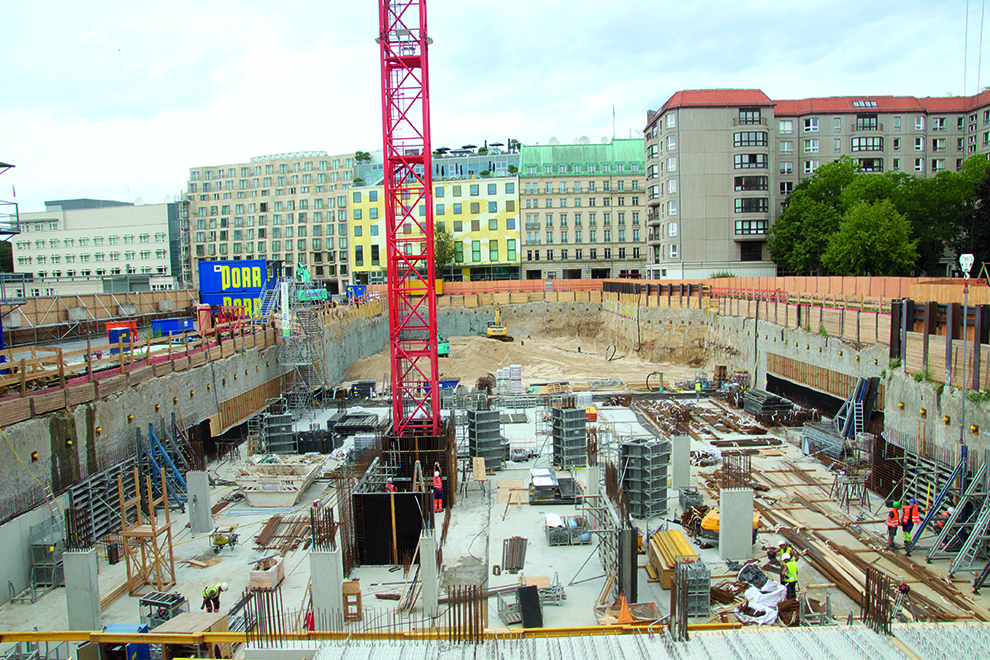 MUC Areal Bau GmbH is planning a commercial and residential building at Cora Berliner Strasse 2. Stump-Franki was contracted to build a 9.5m-deep construction pit for the project. The plans called for a construction pit wall comprising in-situ concrete diaphragm walls with a single layer of strand anchors. Horizontal sealing was to be implemented through the existing marl layer at depths of up to 2.0m as a natural dam layer. The construction pit was divided into three sections by additional thick bulkheads to minimise the risks posed by possible leakages in the natural dam to construction time and costs.

The subsoil survey noted the discovery of old air-raid shelters on the site, representing man-made obstacles to the project. These obstacles were overcome during the clearing of the line by overlapping large-scale boring (d = 880mm). The bunker remains within the construction pit were

demolished later in the process and removed with the excavated soil. This was when another, previously unnoticed air-raid shelter was discovered. After an investigation into the historic significance of the building, this was also dismantled and the part of the bunker outside the construction pit was filled with liquid soil.

In spite of these impediments and additional performance requirements, outstanding cooperation amongst the Stump-Franki construction site team saw the construction pit handed over to the client two weeks ahead of the agreed deadline.

Looking into the finished construction pit.